By Allison McMahonOctober 25, 2017Uncategorized
No Comments

The first wave of atmospheric data from SAGE III/ISS is now available for public use through NASA’s Atmospheric Science Data Center. The data was collected from June 2017 to August 2017 and includes measurements of ozone, aerosols and nitrogen dioxide. SAGE III scientists are seeking feedback on this initial data from the international atmospheric science community.

“The intention of this initial release is validation,” said SAGE III Project Scientist Joe Zawodny of NASA’s Langley Research Center in Hampton, Virginia. “We’re putting it out there so people can start comparing it to their measurements. A lot of these folks have been around for a very long time. They’ve used [data from previous SAGE missions] in the past. They are the ones who are best positioned to give us honest opinions of what they like and what they don’t like.”

While its predecessor SAGE II provided key evidence that the ozone layer was showing signs of recovery, SAGE III will continue to monitor ozone recovery, but with more of Earth’s overall atmosphere in its measurements. Monitoring both the stratosphere and the mesosphere (the layer directly above the stratosphere), data collected will help scientists to understand ozone trends.

SAGE III includes a disturbance monitoring package that detects vibrations on the station. For the current release, data that may have been affected by significant vibrations or movements were not used. 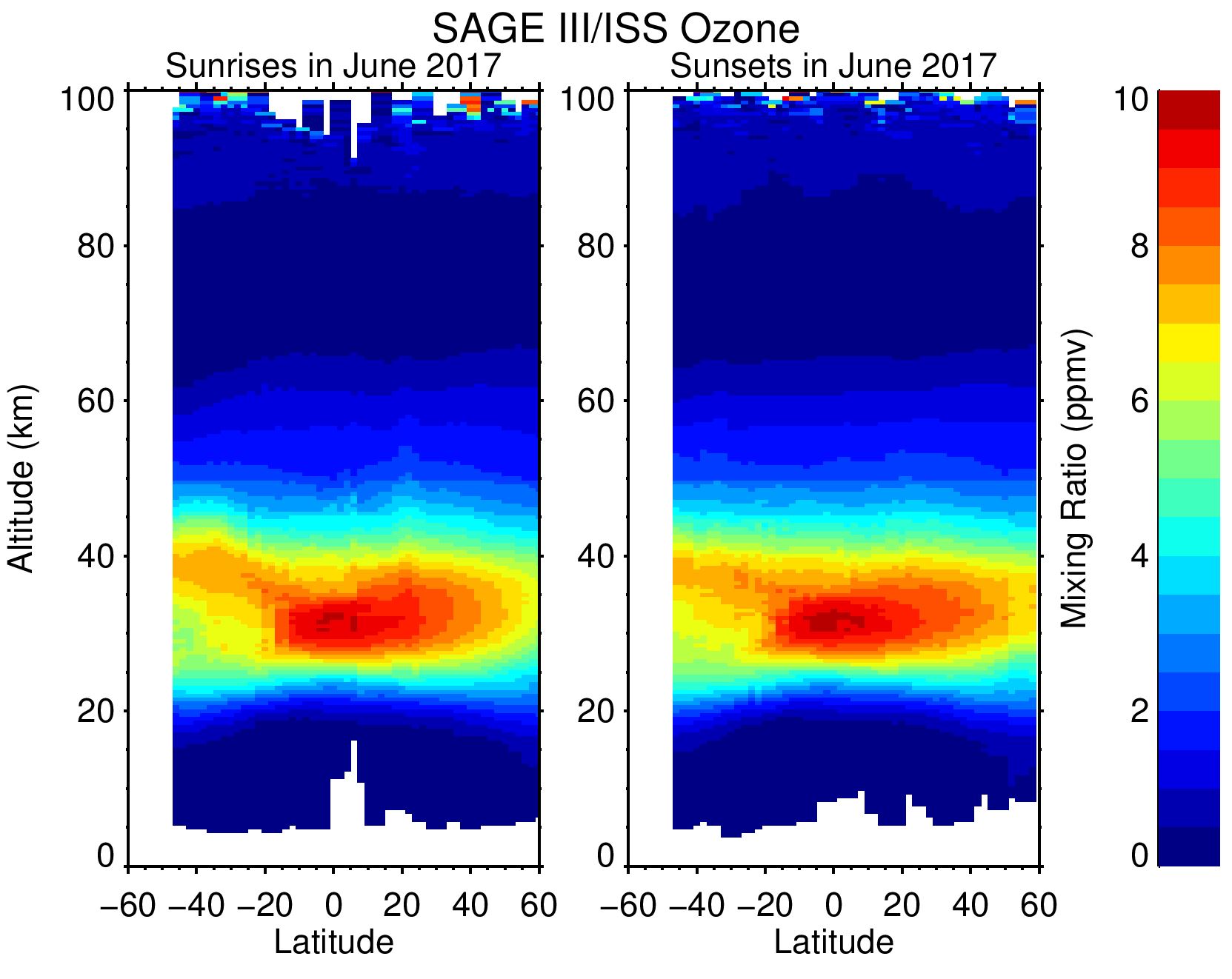 Ozone measurements extend up through the mesosphere where an ozone maximum can be found (~85-90km altitude). 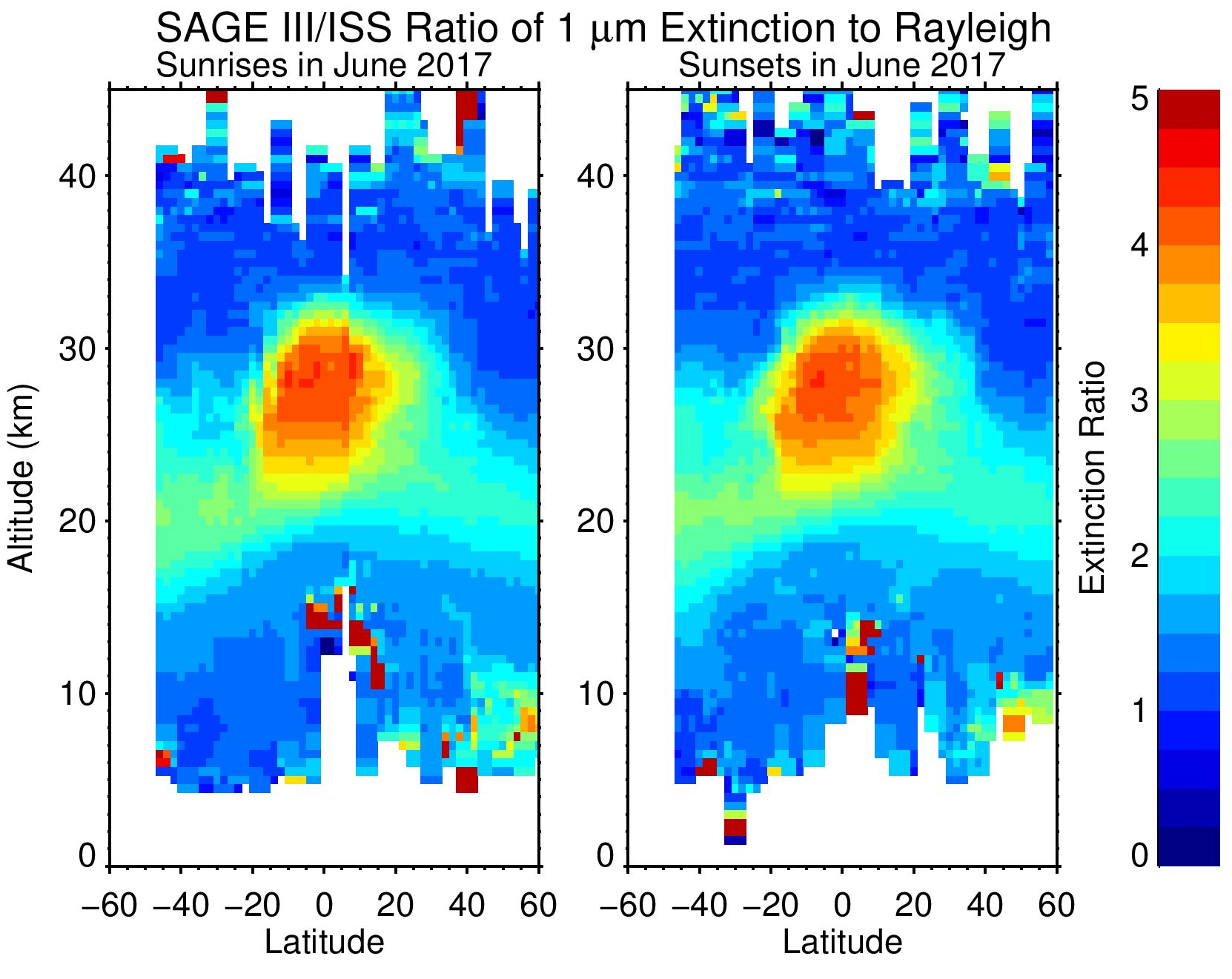 Stratospheric aerosols peak in the equatorial lower stratosphere and remain well contained in the tropics.