By Allison McMahonAugust 10, 2018Uncategorized
No Comments

The Distinguished Service Medal is the most prestigious honor award, approved by the NASA administrator, given to a government employee that has personally contributed to the agency’s advancement of United States’ interests. The awardee’s achievement or contribution to NASA’s mission success must demonstrate such a high level of excellence that other awards given by the agency would be inadequate.

During his 30-year career, Dr. Zawodny distinguished himself as a respected leader of the Stratospheric Aerosol and Gas Experiment (SAGE) Group for his innovative advances in both remote sensing techniques (hardware) and retrieval algorithms (software). He provided technical guidance, critical measurements, and visionary leadership for important Earth Science missions and the international ozone assessment community. He significantly increased the accuracy and range of SAGE II ozone measurements which led to SAGE II data being regarded as the international standard for ozone profile measurements. He is responsible for the operational approach, methods, and instrument concept for SAGE III, was selected as Project Scientist to put the SAGE III instrument on the International Space Station, and did the early groundwork on occultation imagers which led to the development of SAGE IV. 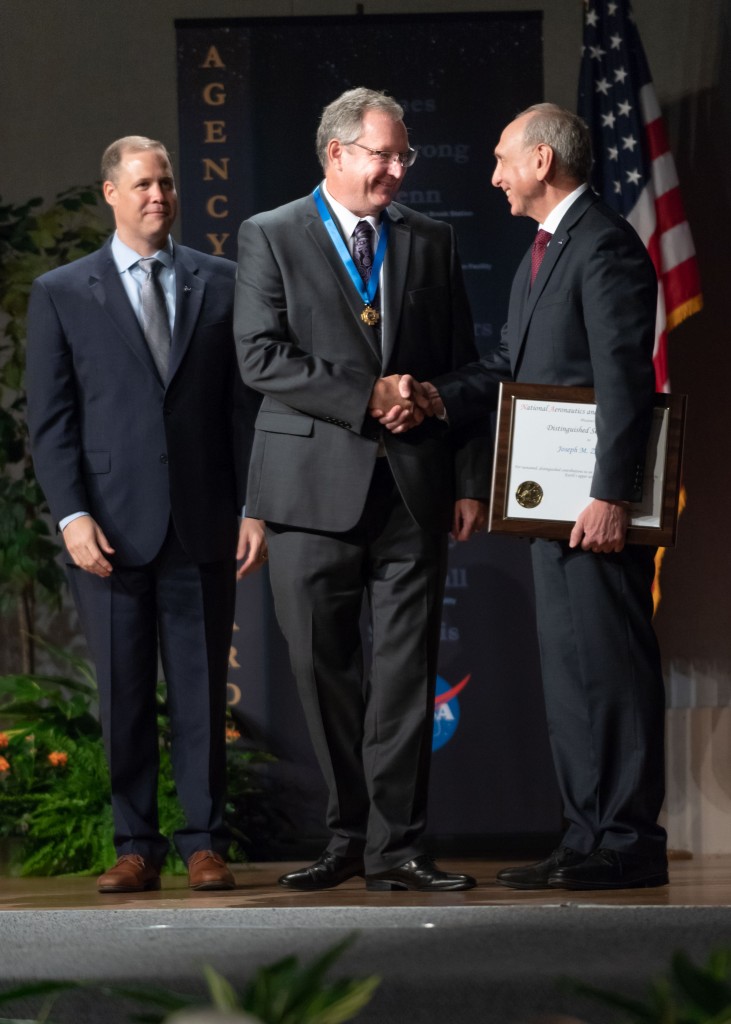