By Allison McMahonAugust 22, 2022Uncategorized
No Comments

A NASA student research program recently took to the stratosphere to make ozone measurements that coincided with events from the Stratospheric Aerosol and Gas Experiment (SAGE) III on the International Space Station (ISS), an instrument developed at NASA’s Langley Research Center in Hampton, Virginia.

The group of 28 students is broken up into four research focus groups including atmospheric chemistry, air quality, terrestrial ecology, and ocean biology. During the week of flights, students fly onboard a NASA research aircraft and assist in the operation of instruments to sample and measure atmospheric gases and aerosols, as well as image land and water surfaces in multiple spectral bands.

This year, for the first time in SARP history, the program collaborated with the University of Houston in Texas and St. Edward’s University in Austin, Texas, to launch 10 ozone sondes out of Southern California. Sondes are lightweight, balloon-borne instruments that are flown tens of thousands of feet into the Earth’s atmosphere. As the instrument ascends, it transmits measurements of particle and gas concentrations by radio to a ground-based receiving station.

Students were able to assist with sonde prep, setting up the GPS radio network, and filling and launching the balloons. 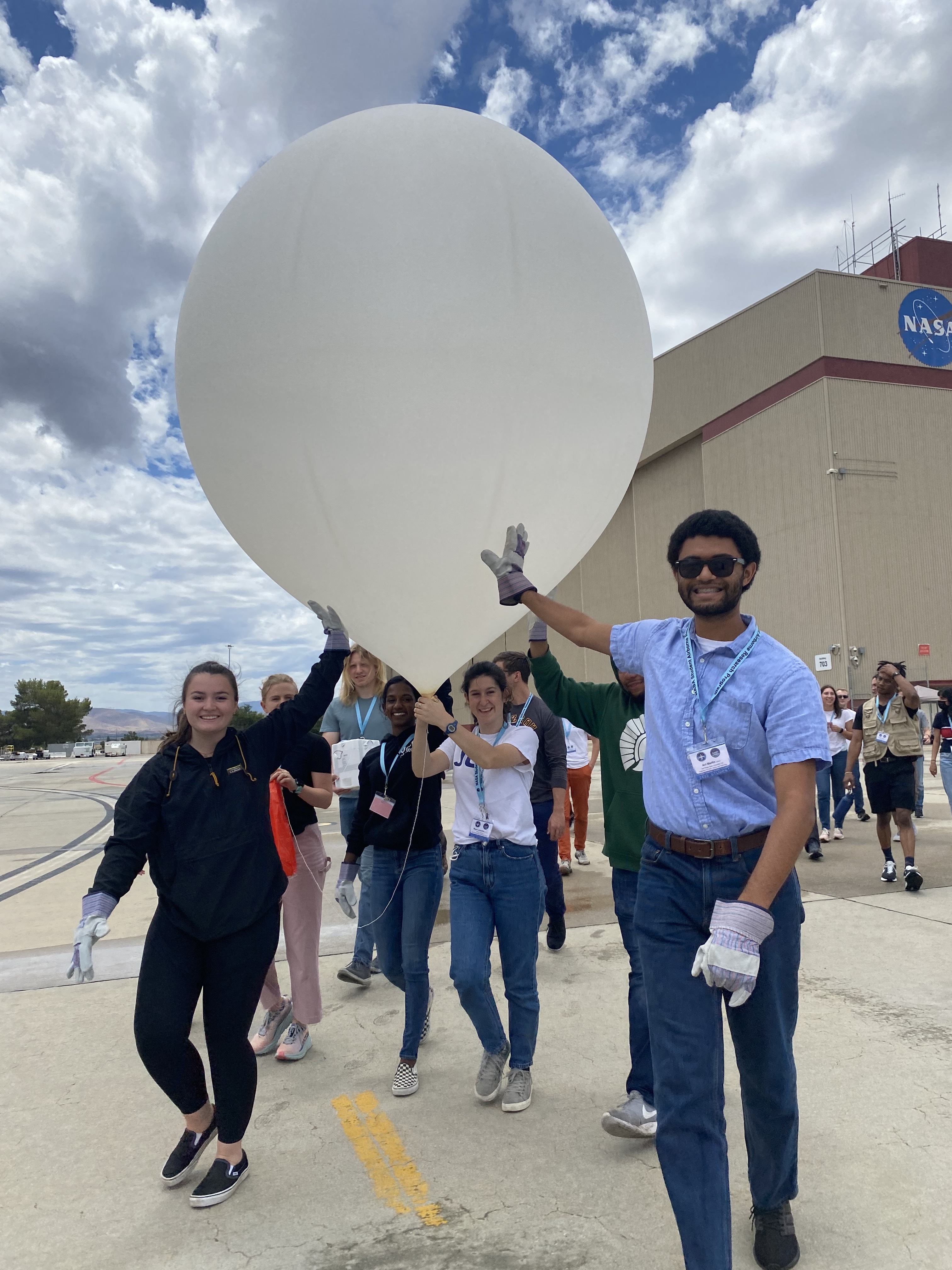 “Having another set of instrumentation hardware to work with is a different suite of exposure for the students. We are always looking to diversify their experiences,” said Ryan Bennett, Data Manager and Mission Meteorologist for SARP.

Because SAGE III is a remote sensing instrument, it is critical for the SAGE III team to validate data against other reliable, in-situ measurements such as those from balloon sondes. The SAGE III/ISS Science Validation Team collaborates with various Network for Detection of Atmospheric Composition Change (NDACC) sites across the globe to match up their sonde or lidar (light detection and ranging) measurements with overpassing SAGE III events. These sites have been vetted, validated, and have a long statistical history of making science measurements with their instruments.

“SAGE is considered one of the best and most reliable in data collection in this area. We need to make sure when we are collecting data that we are checking against other payloads and instruments to verify that there aren’t discrepancies. We want to put forward the best possible data product,” said Carrie Roller, SAGE III/ISS Science Validation Engineer.

Data comparisons with spaceborne instruments is a first for the SARP program. It is a unique opportunity for students moving forward if coinciding measurements continue to occur.

Throughout the remainder of their internships, each SARP student uses the data collected from their flights, as well as the ozone sonde launches, to develop an individual research project and deliver a final presentation on their results.

Ozone sonde launches will be integrated into the annual SARP schedule of events, which could support the validation efforts of the SAGE III/ISS team in the years to come. SARP was recently featured in the Bulletin of the American Meteorological Society.